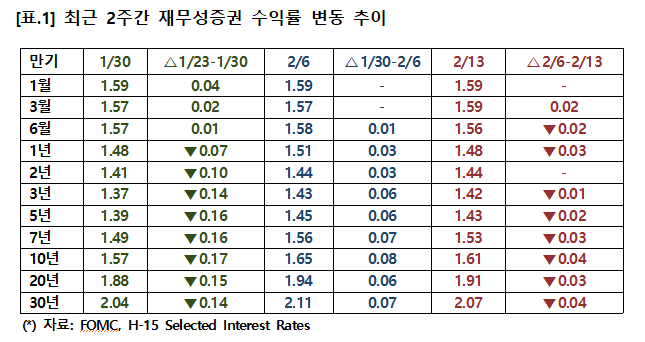 The program was intended to assist money funds that held such paper in meeting demands for redemptions by investors and to foster liquidity in the ABCP market and money markets more generally.

■ The employment report yielded an upside surprise in payroll growth but still low wage growth argued that labor markets have yet to overheat. It’s the kind of report that will support optimism at the Fed without raising concerns that policy rates need to be pushed higher. The Fed will instead remain poised to react to any emergent threats to the economy with rate cuts if needed. Separately, the search for repo solutions continues.

Nonfarm payrolls grew by a better-than-expected 225k for the month and a monthly average of 211k for the past three months:

Although revisions dragged down 2019 numbers overall, it appears that job growth picked up later in the year. Note though that warm weather may have boosted January figures and as such we may see some payback in February. The unemployment rates held in its recent range at 3.6%, still well below the Fed’s estimate of the longer-run natural rate of unemployment:

Needless to say, the failure of inflation to ignite with persistently  low unemployment suggests the Fed will be again lowering estimates of the natural rate this year.

So far, fears that the economy will run out of workers overall have yet to be realized. One sector that might be feeling the pinch is temporary employment:

Employment growth in the temporary employment sector is not collapsing as we might expect ahead of a recession, but neither is it booming. To be sure, the recent weakness is attributable at least in part to manufacturing softness like in the 2015/6 era. But the failure to get much upward momentum despite solid job growth otherwise might reflect the availability of better, permanent jobs in other sectors. This is consistent with the idea any current labor market supply constraints remain sector or geographic specific and not reflective of broad constraints.

■ Overall, the employment report suggests the U.S. economy continues to grind forward with perhaps not the most exciting pace of growth but steady growth nonetheless. The Fed won’t be itching to raise rates anytime soon with these numbers.

I am in the camp that believes that some additional slack remains
in the market, particularly in the potential for higher labor force
participation.

■ Still, his optimism is tempered by recent events:

Although I feel good about the outlook, a few developments give me pause. Significantly, investment continues to be weak, declining over  the course of 2019. Increasing the capital stock and investing in new technologies are important for productivity growth, rising living standards, and the economy’s long-run growth rate, so reversing the recent downward trend is essential for the overall health of economy.

He cites weak global growth and trade disputes as well as the impacts of the coronavirus as  factors weighing on the outlook.

Quarles overall conclusion:
In summary, I remain optimistic about the outlook, but I am also highly aware that some notable risks still threaten growth, both overseas and at home.

Still then looking for downside risks. On inflation, Quarles indicated a lack of concern with the recent low numbers:

A few words on inflation. Both headline and core inflation, as measured by the price index for personal consumption expenditures, or PCE, came in at 1.6 percent in December, somewhat below the FOMC’s 2 percent objective. This deviation does not worry me that much, in part because I expect inflation to move back to target over the medium term, in part as some unusually low readings in early 2019 pass out of the data. Already, various trimmed price indexes are running much closer to 2 percent.

This is interesting and I wonder that Quarles is pushing back on the idea that the Fed will lower rates later this year to push inflation higher. Overall, he sticks with the party line as far as interest rate policy is concerned:

Policy is in a good place to support continued economic growth, strong labor market conditions, and inflation returning to target.

Quarles turns his attention to recent repo market problems and how they relate to the balance sheet. There is a lot going on in this paragraph:

When Quarles describes shrinking the balance sheet relative to GDP, this can be an active or passive shrinking, as least in theory. The Fed could simply allow the economy to grow into the balance sheet. One gets the sense that Quarles is seeking a more active approach when he says “meaningfully.” That sounds like a combination of time and quantity; it’s not “meaningful” if done slowly because of the last sentence in which Quarles thinks the balance sheet policies are more credible if not associated with a persistent increase in the size of the balance sheet.

I am not entirely clear why Quarles thinks balance sheet policy is more credible if it is seen as temporary policies. I feel like we have been down this road and concluded that the signaling the temporary nature of quantitative easing reinforced expectations of tighter policy in the future that translated into tighter policy today.

Quarles, in a pursuit of minimizing the size of the balance sheet, appears to want to touch the hot stove again:

Looking ahead, I judge that it is reasonable that we ask ourselves whether it may be possible to operate with a lower level of reserves and remain consistent with the ample framework.

To accomplish this, he proposes making Treasury holdings and reserves more similar (both are high quality liquid assets but reserves are more available).   He argues that this fits with the Fed’s original mission:

Yet it is worth remembering that a principal reason for the Federal Reserve’s creation was to facilitate the movement of reserves when needed from banks with an excess reserve position to those in need of reserves. Indeed, it is the reason we are called the Federal Reserve.  I do not think that is a fact of purely historical interest. Excessive friction in the movement of cash in the financial system was likely a  contributor to the market dislocations of last September. In that regard, I think it is worth considering whether financial system efficiency may be improved if reserves and Treasury securities’ liquidity characteristics were regarded as more similar than they are today—that is to say, that reserves and Treasury securities were more easily substitutable in the context of liquidity buffers. To be clear, the ideas I will discuss do not involve any decrease in banks’ liquidity buffers. Rather, I want to explore options that would maintain at least the level of resilience today while also facilitating the use of HQLA beyond reserves to meet the immediate liquidity needs projected in banks’ stress scenarios.

He suggests allowing banks to assume the use of the discount window as part of their liquidity planning, an approach that has the benefit of using existing facilities. Something along these lines appears to be his primary focus. He half-heartedly suggests a standing repo facility but he prefers to working with existing tools first.

A third suggestions is to alter the calculation of the surcharge for systemically important banks to something less dependent on year-end inputs in favor of averages for these inputs.

0ne takeaway is that Quarles would like to further reduce any discount window stigma and rely on that to again push the on the boundary of the  adequate level of reserves. Seems unnecessarily risky to me.

Employment report supports an outlook of cautious optimism.
No reason to think the Fed needs to switch gears anytime soon,
and if they do switch gears it is still more likely down than up with rates.
Watch the talk about inflation; not everyone is worried about the low numbers. The Fed is still feeling around for answers to the repo market problems; not all believe that expanding the balance sheet is best approach to those issues.
​ 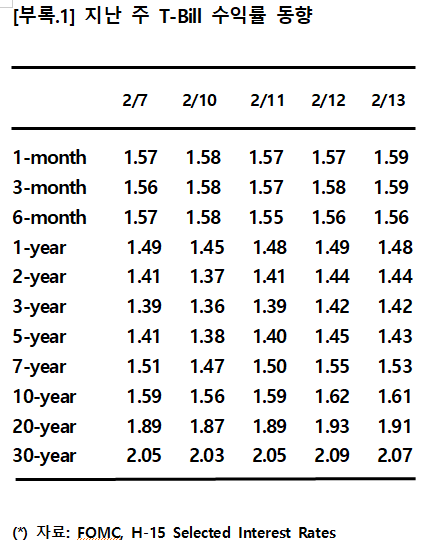